Press enter to begin your search

The Beauty and the Challenge of Every Tribe Worshipping God

After this I saw a vast crowd, too great to count, from every nation and tribe and people and language, standing in front of the throne and before the Lamb. They were clothed in white robes and held palm branches in their hands. And they were shouting with a great roar… “ (Revelation 7:9-10, NLT) In the early 1970s, there was a noticeable waning of the missionary fervour that had been the focus of so many church efforts in the 19th and 20th centuries.

A prevailing sentiment of the time was that the Gospel had already been preached in every political nation, essentially completing the job of world evangelisation. Could it be that global missions was no longer necessary? It was at this time that Billy Graham called a convention to discuss the state of world evangelisation. In July 1974, 2,700 evangelists and Christian ministers from 150 nations gathered in Lausanne, Switzerland. Time magazine called this gathering “possibly the widest ranging meeting of Christians ever held.” Among several historymaking moments at the conference, one plenary session stood out. 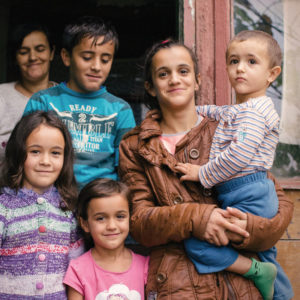 The renowned missiologist Ralph Winter addressed the crowd, stating that when the Bible talks about every nation, it is referring not simply to our modern definition of a nation, but to — “every ethnic people group.” This new understanding provided fresh impetus to see the Good News of Jesus reach more  people around the world, and since that time, missions organisations have begun to focus on reaching not only every political nation, but every “unreached people group” with the Gospel. However, the verse in Revelation 7 doesn’t just say that every “ethnic group” will praise in front of the throne of God; it also says every “tribe, people and language” will be there. And this means the missionary invitation and task just got a little larger.

Reaching Every Tribe = The OIKOS Initiative The very word “tribe” is something that may seem foreign to us. They might have tribes on the continent of Africa, but surely we are not tribal in the Western world. In his book Tribes, acclaimed writer Seth Godin defines a tribe this way: “A tribe is a group of people connected to one another, connected to a leader and connected to an idea. For millions of years, human beings have been part of one tribe or another. A group needs only two things to be a tribe: a shared interest and a way to communicate”. The truth is that tribes are a part of every culture — no matter whether we live in a developed or a developing society. Even in cultures that seemingly left tribalism behind centuries ago, we find that tribes still persist, but now based on shared beliefs, causes or interests.

Even in cultures that seemingly left tribalism behind centuries ago, we find that tribes still persist, but now based on shared beliefs, causes or interests.

This hits at the heart of EHC’s goal with the OIKOS Initiative. The Greek word “oikos” means “home” or “family unit,” and our vision is to reach every home on the planet in 20 years. EHC’s main methodology still focuses on reaching a physical address to reach a family with the Gospel. However, there are always “tribes” of people in any community that do not fit this idea. For instance, even in the developed world, we need to be intentional about reaching the “homeless tribe,” the “institutionalised tribe” or the “travel-for-business tribe.” Africa Continental Director Cleopas Chitapa takes tribes into account as he works to bring the Gospel to every home in Africa: “ One can merely look at the political and governmental systems in each nation to understand the challenges, where so much is predicated on tribal identity politics. If we ignore these considerations, we may totally impede the acceptance of the Gospel within a particular tribe. For some people, accepting Jesus may be like accepting a god from another tribe, which would be considered a rebellious betrayal of their own tribal gods and their civic human authority… We plan for these challenges and make the Gospel presence both culturally relevant and indigenously self-replicating”. We face these challenges in areas where traditional, tribal cultures dominate, such as the African continent where more than 3,000 tribes speak 2,400 languages. But we also face it in other parts of the world, where tribes may be
less visible.

The Challenge of Tribalism However, as soon as we recognise the presence of tribes, we find ourselves up against one of the greater challenges that has always faced humanity — tribalism. Tribalism, one of the greatest producers of division and conflict among peoples, exists in every area of the world. These differences are not limited to politics; they might be related to race or fundamental beliefs. Every culture of the world deals with the challenges of “us” and “them,” which causes division and conflict. In the Western world, we live in perhaps one of the most polarising times in recent memory. On both sides of the Atlantic, one simply has to say words like “Brexit,” “Trump” or “immigration” to elicit visceral responses, either positive or negative, in an audience. Tribalism — including nationalism — is one of the greatest challenges we face in the task ahead. Christians are not exempt from these considerations. Our North American Continental Director, Scott Middlebrook, considers some of the ways we must face tribalism in our own communities: “Sometimes the biggest challenge that we face is finding the ability to lay aside our tribal differences and reach out with the compassion of Jesus to people with different worldviews. People might speak English or their native tongue but in reality speak a very different language, with different assumptions about words like “love,” “sin” or other theological words. Our challenge really is: Can we listen and love people we may consider wrong or sinful, in the same way that Jesus did?

All will ultimately sing praise before the throne of God.

This question is key to understanding the work of many renowned missionaries. In the mid-19th century, when Hudson Taylor began to adopt the cultural elements of Chinese culture in his missionary efforts, he caused something of a sensation among European missionary societies. Their initial reaction was that God and the followers of God must be just like them. Taylor, however, was correct in his assessment — becoming a follower of Jesus did not necessitate that you must look like a European. In fact, loving the Chinese people called him to embrace the clothing and culture of their tribe. He did this so that the Chinese people would be represented before the throne of God some day. It is a glorious truth that when we become followers of Jesus, we are invited into the family of God and become “citizens of heaven” (Philippians 3:20). I regularly marvel at this very reality as I interact with brothers and sisters in Christ from across the globe. But it is also just as true that we retain much of the rich diversity that makes us different from each other — with all our different customs, ways of communicating and cultures.

We are not a homogeneous people before the throne of God, all speaking the same language, all looking alike. Revelation gives us a beautiful picture of the diversity of God’s people and seems to indicate that we will all speak our own heart language as we worship before the throne. This is even more stunning when we consider that there are over 7,000 living languages in the world today. What a picture of redemption! We know that the languages were confused at the tower of Babel, but with the coming of the New Covenant and the Holy Spirit, God redeems that which was a curse, and we see, even on the day of Pentecost, praise arising in many different tongues in Jerusalem. The promise of redemption is that while we can retain our distinctions, the barriers of tribalism will eventually be wiped away. This is the ultimate restoration, the ultimate transformation. Every tribe — from the post-modern tribe in a Western European city to the primitive Amazonian tribe in the depths of South America — all will ultimately sing praise before the throne of God.